I love doing engagement photography sessions in downtown Los Angeles. The area is usually empty with a varying background and great architecture. Also, unlike a beach, wind is usually blocked by buildings and controlling the light is much easier. Today I had the honor of photographing Tracy and Elliot for their engagement session and we certainly had a blast!

We started near the LADOT building. If you aren’t familiar with the structure, I recommend checking it out but, be warned, they are not really photographer friendly and we were quickly kicked out.

Next, we moved on to taking photos in front of the LA police department. They have fantastic fountain and the grounds are very well designed. I was even able to capture a bit of grass in the shot from the hedge in front of the building. When possible I like to get a bit of  “earthy-ness” in my city photos.

After taking a few engagement photos in front of the LA times, we got back into the car and headed to the 4th street bridge for a great engagement cityscape.  OK we actually made it to the 3rd street bridge but, I’m glad we did. For this shot we even had to dodge a few trains in the process.

The graffiti around the area was too great to pass up as well. Elliot and Tracy were really into the comic book monster idea.  I think it fits what we were going for.. a “lovable monster”.

Nearing the end of the shoot, we headed back to the bridge for a few more night time engagement photos with the city as it lit up. 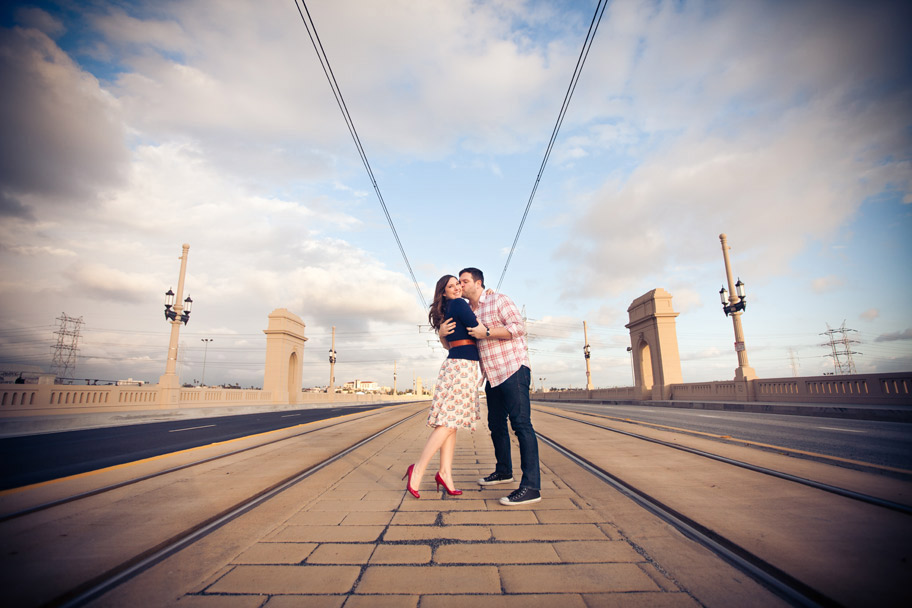 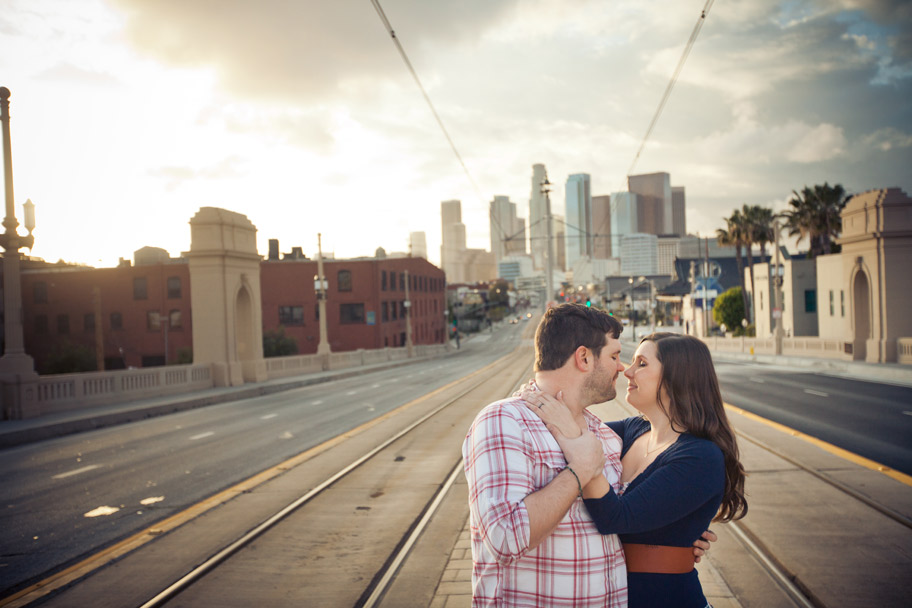 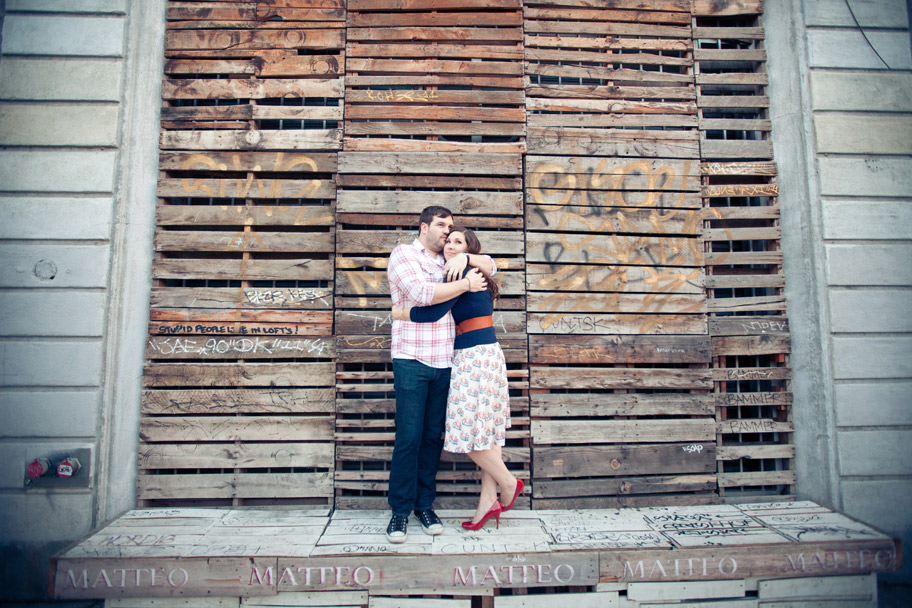 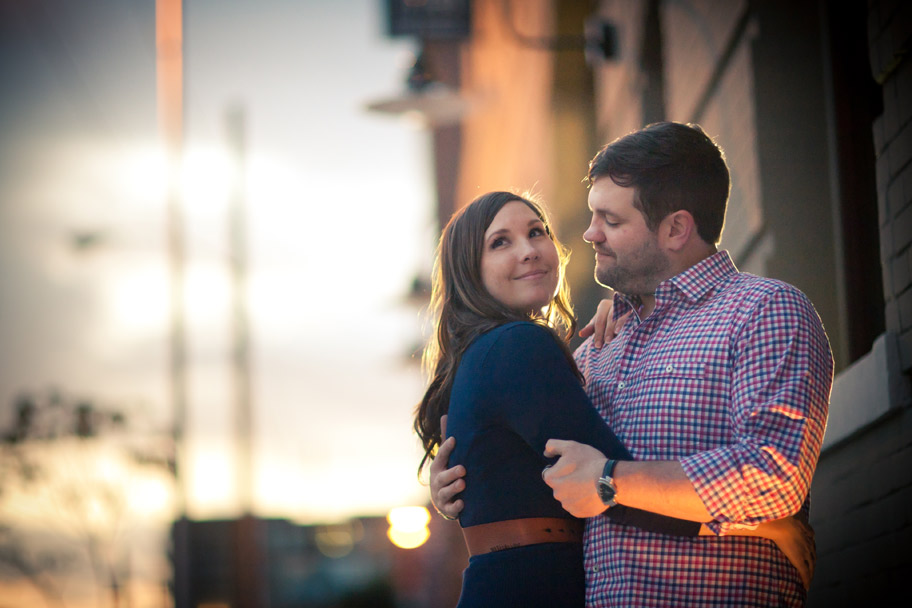 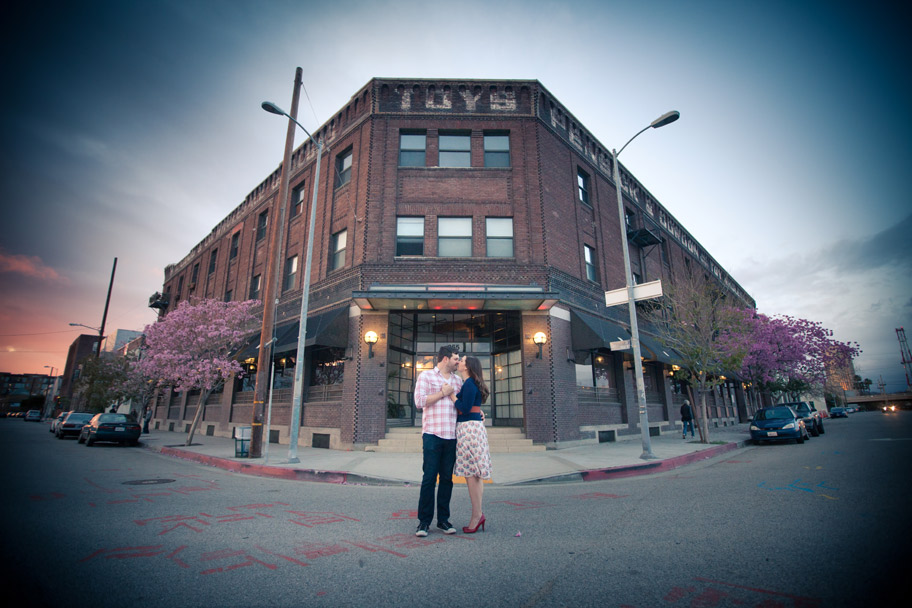 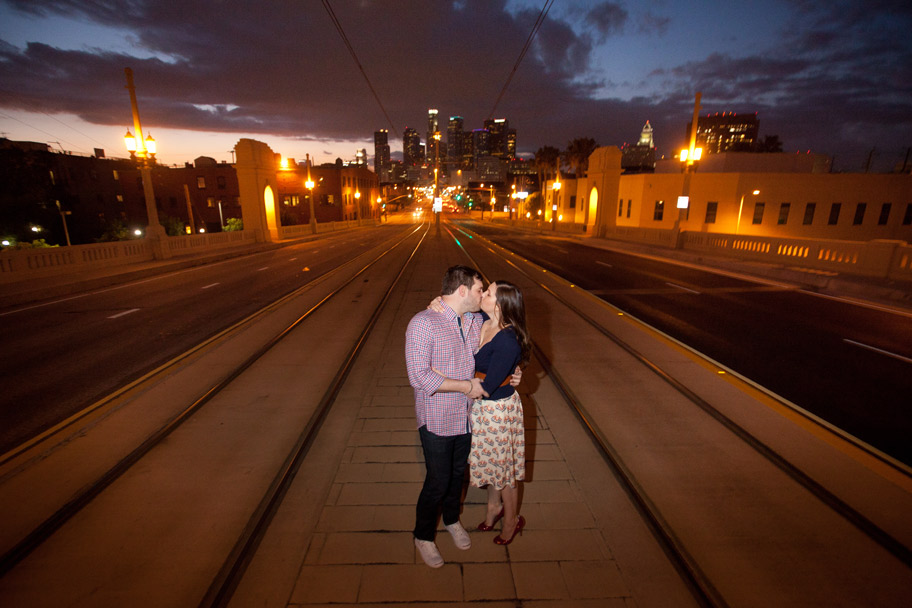